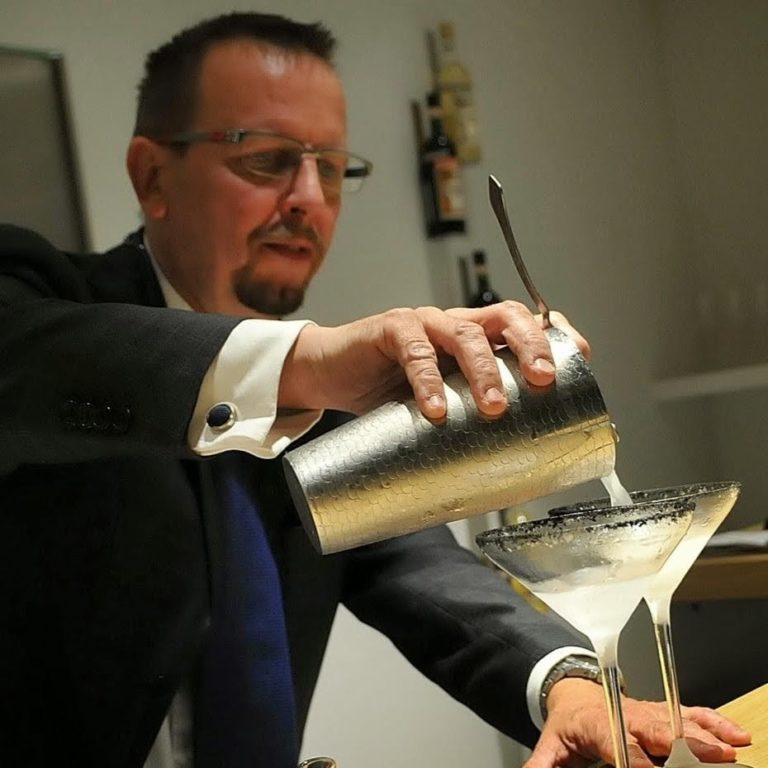 Fabiano Omodeo, born in 1968, began studying and working to become a professional bartender at a very early age.

The starting point was a pub in Alessandria.  Jobs in day or night pubs, discos and 4 and 5 star luxury hotels followed.  He was assigned to the Officer’s Club as barman during military service and contemporaneously started training with AIBES (Italian Association of Barmen and Supporters).
Master and Competitions:  He won numerous AIBES (Associazione Italiana Barmen E Sostenitori) Regional and National competitions.  He participated in the IBA (International Bartender’s Association) World Competition in Prague in 2013 after having won the annual AIBES award for the best pub in the same year.  From 1997 until 2002 he opened the cocktail bar, “LeVoglie Matte” and then moved on to manage “Hemingway’s Café from 2003 to 2014.   He began a new experience in 2014 in the Vermoutheria of Chef Andrea Ribaldone’s restaurant, “I Due Buoi”, in Alessandria.
Fabiano is also the owner of “S.O.S. Catering” with his partner Domenico Schingaro and of “Allitaly”, an import-export company that deals in high quality Italian enogastronomic products.

Expo 2015 offered a splendid experience on “Identità Golose’s” terrace where 450 events were held from May 1st to October 31st, 2015.  Fabiano was the speaker for Identità di Cocktail, and received good coverage and very gratifying reviews for the work he did by different newspaper food columns. At the moment, he is a technical consultant in Professional Training courses for the dining room and bar in the specific sector of mixology, catering, banqueting and hospitality.